Education is one of the most effective agents of change in society. When a child is able to go to school today, he or she sets off a cycle of positive change. But, thousands of children in India lack access to education and can’t even write their own names. Moreover, underserved children between the ages of 11 to 14 years are hugely vulnerable to dropping out of schools. An educated child stays away from an early marriage and is empowered to stand up against exploitation. As children grow, they are able to make better choices for themselves and influence the communities they live in. This transforms their present life and ensures a secure future for them.

But even today, one of the major problems is rampant illiteracy in India. The literacy rate in the country stands at 74.04% (according to the National Census, 2011). When it comes to children, the effects of illiteracy are manifold.

While the goal of universal elementary education is a long way from being achieved, and affects the condition of education for children, even adult illiteracy has effects on them. Statistics have shown that children of uneducated mothers are more prone to problems like anaemia. Illiterate adults are also less likely to send their children to school. Education is, in all probability, the most influential tool required to break the vicious intergenerational cycle of abuse, malnutrition, poverty and oppression. Literacy thus requires a lot of attention.

In addition to this, about 35% children in India with disabilities remain out of Elementary school (District Information System for Education – DISE, 2011-12) and the National Dropout Rate at the Elementary Level is over 40% (DISE, 2011-12).

Despite the Right to Education (RTE) Act coming into force in 2010, access to education for every child remains a huge concern in the country. The following are statistics that portray the seriousness of the situation: 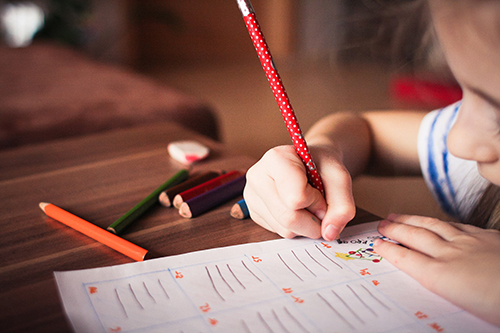 Out of every 100 children, only 32 children finish their school education age-appropriately (District Information System for Education (DISE) 2014-15)

India has 33 million working children between the ages of 5-18 years. In parts of the country, more than half the child population is engaged in labour (Census 2011)

India has more than 45 lakh girls under 15 years of age who are married with children. Out of these, 70% of the girls have 2 children (Census 2011)