Over the past years it was our intense endeavour to inculcate some level of ‘sensitivity’ in other fellow human beings, to inculcate ‘consideration’ for others before one’s own self. ‘Sensitivity’ enriches the world vis-a-vis the humane experience.

We have always accepted the fact that ‘heaven is not gained in a single bound’, and feel satisfied to note that today, after 19 years of an intense struggle and countering conflicting arguments and questionable views expressed during advocacy sessions/meetings, the entire country today, is at least, talking of an inclusive environment, of making government education and health professionals, facilities and infrastructures, user friendly, accessible, responsible and, accountable.

We do not consider the enactment of the RTE Act 2009 or, the RTI Act 2005, the passage of the Protection of Women from Domestic Violence Act 2005 or, the PWD Act 1995 to be an achievement at all since, it does not automatically ensure access to benefits of ‘Rights’ and or, ‘Entitlements’. We are still very far from our stated goal. Neither does it ensure that government developed infrastructure, schools, colleges and hospitals will provide the desired quality of services as is highlighted in government policies and legislation.

After 17 years of the passing of the PWD Act 1995, the very best and most ultra-modern government buildings, schools, colleges, hospitals, metro stations, bus travel, railway stations or airports are still very far from being disability friendly and, even the basic fundamentals in this regard are found lacking.

Anchal Charitable Trust (ACT). From its inception it has been dedicated to the achievement of the ‘Rights’ and ‘Entitlements’ accorded to the challenged under the ‘Persons with Disabilities (Equal Opportunities, Protection of Rights and Full Participation) Act’ passed in 1995 better known as the PWD Act 1995.

ACT caters to the need of over 100 mentally challenged children including those suffering from Mental Retardation, Cerebral Palsy, Autism, and Down syndrome. These children are mainly residents of North East and East Delhi and belong to different economic segments of society. The thrust is on the underprivileged section of society.

Mental retardation as we all know is not a disease and neither is it a type of mental illness, like depression but is a condition where a person has certain limitations in mental functioning, communicating and in social skills such as taking care of her or himself, and social skills. These limitations cause a child to learn and develop slower than a normal child taking longer time to learn to speak, walk, and take care of their personal needs such as dressing or eating. Most children with mental retardation can learn to participate in a large number of activities. It just takes them more time and extra effort than other children.

A minor intervention on our part could significantly change the lives of hundreds of thousands of these children. In a world, where even basic services are denied to normal human beings, the lives of millions of mentally retarded children suffers immeasurably through sheer neglect, ignorance and apathy.

Negative attitudes towards these children are a challenging issue. They are ignored ridiculed and considered a curse upon the family and nobody has the time to try to understands their thoughts and feelings an attitude which comes from ignorance and needs urgent change.

Early diagnosis, parental help and adequate opportunities for training, we find, enables most of the moderately retarded children to achieve partial independence in daily self-care, acceptable behaviour and economic usefulness in the family or other sheltered environments.

Unfortunately, in India, facilities initiating quality programmes for these people are ill-conceived and grossly inadequate. As a result, a majority of these mentally retarded people are deprived of and/or, do not receive services appropriate to their specific needs.

The Disability Convention recognises disability as being, impaired with long-term physical, mental, intellectual or sensory impairments which in interaction is likely to hinder their full and effective participation in society on an equal basis.

India has around 80 million people with disability. Poor literacy, widespread social stigma and fewer jobs makes the challenged the most excluded social segment.

The majority of children with disabilities in developing countries remains out of school and are completely illiterate. Children with disabilities are at 1. 7 times greater risk of being subjected to some form of violence.  According to Article1, Paragraph 2, of the Child Rights convention: persons with disabilities include those who have long term physical, mental, intellectual, or sensory impairments which in interaction with various barriers may hinder their full and effective participation in society on an equal basis with others. 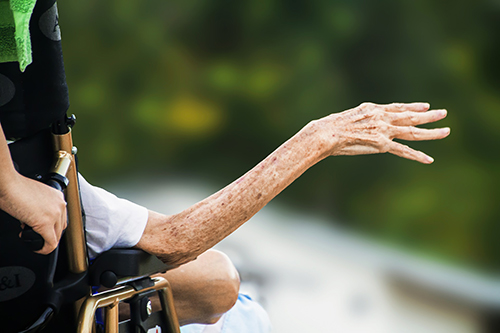 In India out of the 121 Cr populations, 2.68 Cr persons are ‘disabled’. The number of disabled persons is highest in the age group 10-19 years (46.2 lakhs), which accounts for 17% of the disabled population. 20.42 lakhs children aged 0-6 years are disabled. Thus, one in every 100 children in the age group 0-6 years suffered from some type of disability. Under-nutrition is a severe problem with children who suffer from cerebral palsy.

Many of the causes of disability are preventable by providing expecting mothers will better prenatal and postnatal care as well as proper nutrition for infants and mothers. The main causes of disability in children are home based delivery leading to unavailability of immediate medical intervention in case of any problem at time of child birth; delay in birth cry; infection/high fever in early childhood; early motherhood; nutritional deficiencies; insufficient or inaccessible health care services.

There are many protection issues that also lead to disability, especially mental disabilities. Children who are trafficked, abused and sexually exploited are at risk for psychological effects as well as physical retardation. Other forms of violence against children can also lead to a disability such as corporal punishment in schools, children living on the streets, and purposefully created disabilities for begging. Children from poor families face a double disability.

Delhi is considered to be the second largest metropolitan city next to Mumbai with more than 11 million people dwelling in New Delhi according to Census 2011.

The total population of Delhi is 1.34% of India. Delhi has been divided into eleven Districts. Each District is headed by a Dy. Commissioner. There are 33 Sub-Divisions in entire Delhi. Share of children in the overall population is useful for understanding the age specific indicators relating to them.

As per Census 2001, 1.9 million people in Delhi live in overcrowded, inhuman conditions in slums with limited access to essential services such as water, sanitation, health care and education. Poor economic condition, coupled with limited access to essential services and lack of awareness among people about their rights and entitlements increases the vulnerability of people living in slums in Delhi. A large percent of the population is dependent on daily wage employment (40%) for their living where earnings are both low and irregular.

There have been number of legislations framed by the government to protect the interests of disable children in India. The high number of policies in support of inclusion, unfortunately, is in no way indicative of the current situation in the country. Children with disabilities are not accepted in many schools. Some schools don’t even hesitate to make a fast buck out of parents – they charge higher fees to enrol students with disabilities. While legislation does provide for admission of students with disabilities, passing an Act is not the same as executing it.

Violence against challenged women is a silent act because in a majority of cases women fail to realise they are victims, or fail to communicate the act of violence. Even if it is communicated, seldom is any action initiated and, in most cases the perpetrators enjoy sufficient influence and power to ensure that such effort is castrated at the source. There is also the grossly exaggerated fear that reporting the abuse may create problems in the area of care-givers which again, promotes grossly reprehensible action and attitudes that lack professional ethics and accountability.

Focus of the Capacity Building activity is on children in challenged circumstances their family members, stakeholders and community members.

The foundations of all ‘Capacity Building’ activity lies in its ability to conduct family focused ‘Home-based Education’ programmes involving and covering the entire family in the process of extending care and support to the challenged.

Every intervention initiative includes family members, people in the social environment, teachers, educators and others. This helps to overcome the problems of vulnerability, discrimination and abuse of challenged girls and women.